Our Faith Walk – The Trap of the ‘familiar’

Hello dear friends, over the next couple of weeks, I will be dealing with our faith walk in this journey of life. How do we build our faith in a world that is dependent on seeing first before believing? Faith says you believe first! (Hebrew 11:1)

In our walk of faith, we see God at work as we believe and trust Him with our lives. However, our faith takes a beating when we suddenly think God is no longer working in our lives; probably there is an outstanding on your prayer list or a nagging problem that just won’t go away despite your praying, fasting etc. We keep looking to God to act in a certain way, after all He has dealt with something similar in our lives before, the question becomes why is this taking so long?, then followed with God can’t or won’t? then a certain hopelessness, and the list goes on. Today I will be dealing with the trap of the familiar and how this affects our faith walk.

Getting familiar with God simply means that your knowledge of Him is limited to what you have seen Him do and not what His Word says He is able to do. Remember the watchword of Faith is believe and see, however you limit God to how He has moved in your life and in the lives of others.  Being familiar also means restricting the operation of God to one particular dimension.  Second guessing God’s move in your life creates frustration, loss of vision and a negative impact on your faith walk. Life seems to be going on in cycles of despair as you struggle with seeing God in a certain way. God says His ways are not ours. He has told us specifically in His word that He does not operate one way, we should never second guess His move.

Can you imagine if Joshua expected God to work the same way as He did with Moses in the crossing of the Red Sea when the Israelites reached the River Jordan? Joshua would have been hitting that River Jordan with the rod all he wanted and that River would have still continued rushing past.  God asked that they wade into a rushing river with a flooded riverbank, with those carrying the Ark going in first (Joshua 3), only then did the River start an upward journey away from where they stood, there was no dramatic parting, just Joshua’s obedience and faith in God, and a new move of God.

God is Sovereign! Believe Him! Never try to fix a pattern for God, be open to his leading and direction every time.  Do not be trapped in the pattern of the familiar. If His mercies are new every morning, His word says He loads us daily with His benefits, then how can we restrict Him to one-way movement? Repent of the familiar today. Like a child, come to God today with a heart that says I’m eager to know you more, to trust you, to surrender and submit to your will and see Him move in glorious ways you can never ever imagine He is able to do.

Heavenly father, please deliver me from the trap of the familiar with you. Open my Spirit man to your possibilities.

1 thought on “Our Faith Walk – The Trap of the ‘familiar’”

"Never underestimate the difference YOU can make in the lives of others. Step forward, reach out and help. This week reach to someone that might need a lift" - Pablo Happy Sunday! #sundayvibes #MakeADifference #nonprofit #volunteer #partner #wellspringoflifeinternational https://t.co/dejxWgTb1M

WellSpring of Life 2 weeks ago

WellSpring of Life 3 weeks ago 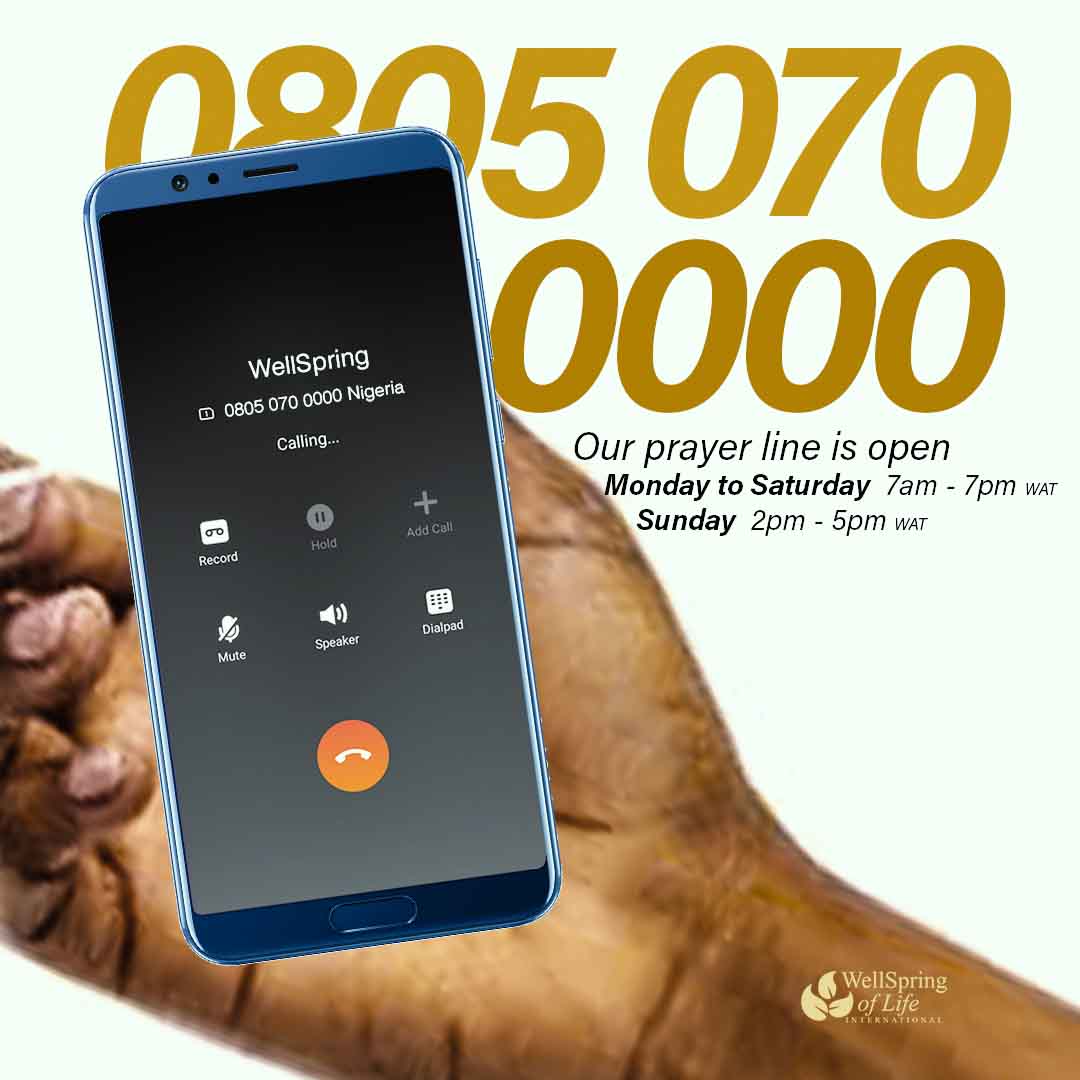 WellSpring of Life 3 weeks ago

Do you have any favourite #quotes or statements that guide what you do? This #bibleverse is one of ours 📖 #wellspringoflifeinternational #globaloutreach #quote #BibleBuild #biblequote #Bible #nonprofit #bekind #compassion #hope #trust #love #hospitality #ThursdayThoughts https://t.co/KfSLxQp2S... 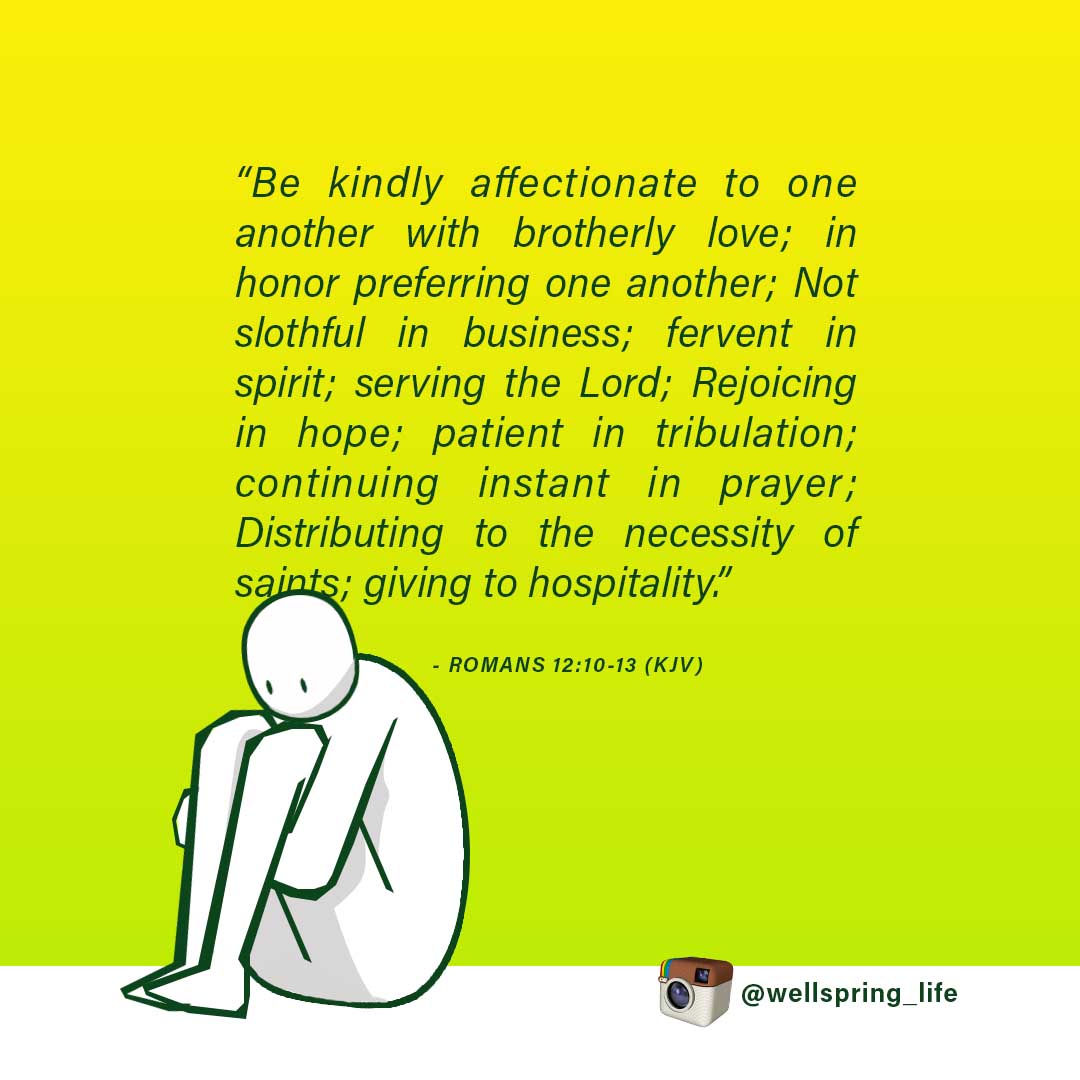